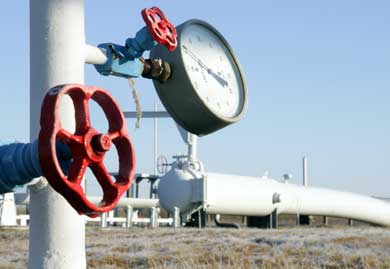 Energy Minister Yiannis Maniatis’s decision to set in motion the tender process for exploring and extracting hydrocarbons from Greek territory is a step forward. The priority now is for Greece to establish a stable framework so that foreign companies that express an interest in exploiting possible energy sources will know the rules of the game and feel secure that these will not change. Only then will they be able to plan long-term investments, to the mutual benefit of their companies and of Greece.

According to the decisions taken, the price tag on the deal will depend on the relationship between costs and revenues. Also, the state will receive a 20-percent tax on income and a 5-percent regional tax from the companies that will undertake exploration at 20 offshore blocks in the Ionian Sea and south of Crete, as well as at land blocks in Western Greece – in Arta and Preveza, Aitoloakarnania and the northwestern Peloponnese. Bidding will start when the tender is published officially by the EU and will be open for six months.

As the plans are drawn up, the tenders signed and the legal framework established, it is important for us in Greece to realize the importance of there being no delays or changes – this applies both to today’s coalition government and to the opposition, which may one day have to manage Greece’s energy issues.

Attracting major energy companies and involving them in the country’s productivity is not a simple issue. Because competition is great and the element of uncertainty is always present in the energy sector, it would be good if we could learn from past lessons and this time function logically and professionally.

It goes without saying that exploration and exploitation must be conducted in full compliance with European legislation regarding energy and the environment, while all bidding companies will have to provide guarantees of their solvency and credibility, as well as the economic and technical know-how to get the job done. On its part, also, the Greek state must prove that it is serious, especially in such a crucial sector in which our country is investing economically and geopolitically.

The handling of the issue so far appears professional. The government – which had committed to calling for bids in mid-2014 – is making it clear that Greece will stick to its commitments regarding the exploration for hydrocarbons and will not be changing course. In line with this is the clause in Monday’s announcement that there will be no “additional regular or irregular tax, levy or other cost of any nature.”

Creating a stable investment climate, together with speedy and transparent procedures are preconditions for the smooth exploitation of our country’s sources of wealth and for the shaping of the much-desired “new national production model.”