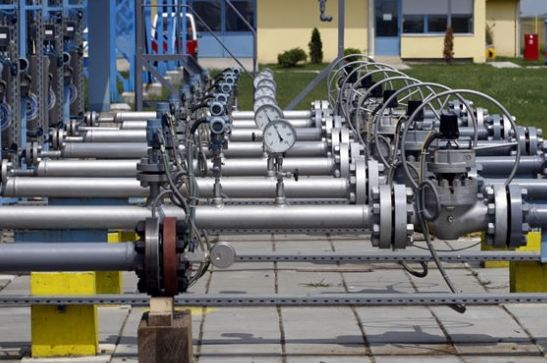 Preceding a session dedicated to security of supply, the moderator at Flame in Amsterdam, the Netherlands wondered if the subject had been talked to death in light of the Ukraine crisis. Still, speakers who participated had plenty to say.

Karsten Heuchert, Chairman of the Executive Board of VNG-Verbundnetz Gas AG, recalled that 16 years ago liberalization had been used to level the playing field of supply and demand. “Security of supply was not so much of an issue in those years,” he recalled. “In the last months it has come back and for us it is very important because it is an issue that weakens the competitiveness of our product, therefore we have to be careful.”

While a recent survey in German in March showed that 56% were confident in the security of supply of gas, with 34% skeptical, “The bad news is that 2 months before, 70% were convinced and only 19% had doubts.

It was a real issue, he said, but it was a question who had to deal with it. According to Mr. Heuchert, unbundling had led to a fragmentation of responsibilities as suppliers had control of the gas but not the transport system, storage system, or the network operator which had the capacity but didn’t have the title on the gas. He commented, “Some people now say it should be the EU, the state to intervene in the situation. If we enter in a competitive environment we have to got the whole way, so the task of the EU is then to provide for a stable framework which also values the contribution of the various players toward security of supply.”

VNG, he added, was active along the whole value chain, from exploration and production, transportation, storage, to trading.

Didier Holleaux, Chief Executive Officer at GDF SUEZ E&P International S.A., said he would provide the perspective of a user.

He stated that there was still significant potential for producing gas in Europe and not much credence should be given to those who held that nothing could be done in terms of the contribution of domestic supply towards security of supply.

He explained, “There are still resources in the North Sea, in the Norwegian Sea, maybe tomorrow in the Barents Sea, which can be produced economically provided that the right regimes are set, meaning together with our supplier we have to do a significant reform on costs, because the cost increases that we are seeing for the past 10 years seem to be not bearable any more.”

Furthermore, Mr. Holleaux said liquid conditions were necessary in terms of the labor environment, tax environment, etc. to be able to develop quickly the resources that are discovered.

“In that respect, it would help if some of the significant players that we see around finally decide if they want to invest or leave,” he commented, offering that some significant holders of acreage were just sitting on it – this jeopardized the future of European resources.

To mitigate such situations, he cited a report out of the UK which he said identified a number of issues where indigenous resources can be enhanced and favored, something which could be applied in other countries.

“We all have to keep in mind that there is a potential for additional supply, both in oil and gas in Europe, from domestic production.”

Recognizing that the industry had lost a number of battles on the unconventional gas front, he said that segment had potential. “It could make a difference; I would not say it will be a game-changer, reducing prices and so on to the same extent as in the US, but it could add something to the security of supply,” he said.

Challenges were on the agenda for Hans-Peter Floren, Member of the Executive Board, OMV Gas and Power GmbH: regulatory, infrastructure, innovations, pricing and reputational.

Of the regulatory challenge, he said, “I think we are all in favor of a market economy, internal European market and liberalization, and as we do so we shouldn’t create new burdens for companies to endure – they are a business and these days Brussels now expects us to go for more security of supply efforts and are coming out with costs that companies have to accept.”

The problem, he said, was with the fragmentation of the gas value chain and wasn’t clear who was supposed to assume responsibility. “As an integrated gas company – we are one of the very few which are left – we are committed to a security of supply. We want to provide more European gas for Europe – we share that view, but in doing so I think we should enjoy incentives; at least, we should enjoy a stable framework, but we definitely shouldn’t experience traditional commercial burdens.”

Mr. Floren recalled that recently the mining royalty tax had been raised in Austria and was back-dated, resulting in millions of euros to be paid back after OMV had already committed to large-scale production in well developed fields. This kind of “European reality,” he said, was in clear contrast to all of the political rhetoric.

Unconnected infrastructure, he continued, was a burden and an obstacle to security of supply. “Thus we welcome new pipeline investments,” he said. “Capacity expansion, interconnectivity, interoperability – we all support this, we need to strengthen our actions.”

The Netherlands, he noted, had an extremely developed infrastructure, but significant parts of Europe required investments in their infrastructure to make the European internal market reality.

Regarding innovations like power-to-gas, Mr. Floren said he strongly believed the need to stimulate domestic growth in Europe with new technologies. Since the beginning of the year, he explained, gas prices had been falling (the pricing challenge) and were at a 3-year low. Another problem was the industry’s facing of a marked subsidy for renewables, especially on the gas-to-power market in Germany.

He noted the damage that had been done to the industry’s reputation: “We need a joint, determined effort of our industry to enhance the reputation of natural gas – it’s a real threat that European societies are starting to turn their backs to our product because it appears in the same headline with a political dispute regarding prices.”

Russia and Europe were mutually dependent upon each other, he contended, sharing the same interests, so gas shouldn’t be used as a weapon. Gas, said Mr. Floren, was part of the future and part of the solution, and the case for it needed to be made even more strongly.