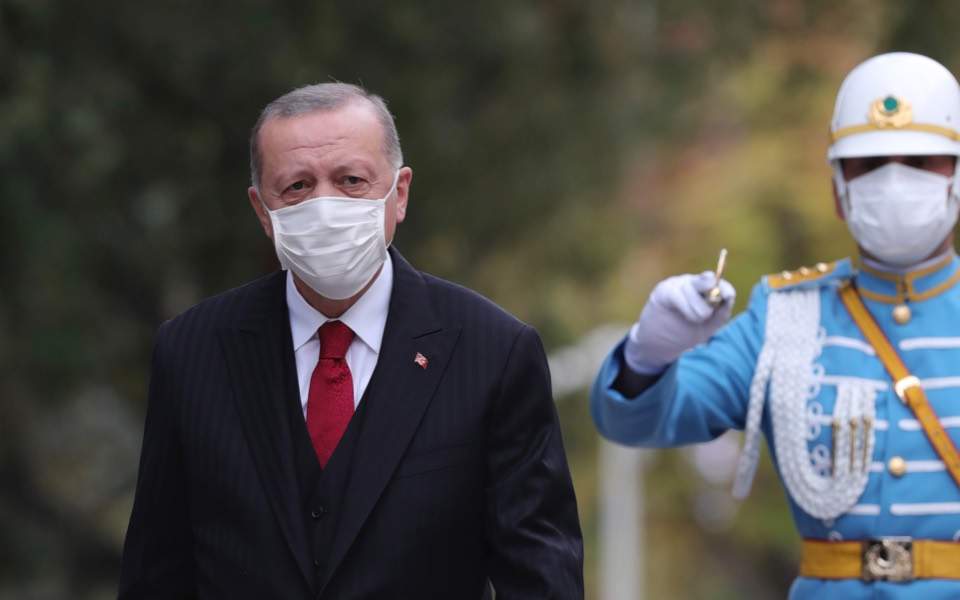 Recep Tayyip Erdogan is aggressive and militaristic. He has invaded Syria, Libya, Iraq, he supports Hamas against Fatah in Palestine, does not recognize Cyprus, and has quarreled with half the Mediterranean. He asks for things that cannot be accepted, such as the disarmament of the eastern Aegean Greek islands or his denial that the islands have a continental shelf. He is consumed by visions of imperial Islamo-nationalism, he converted the world cultural monument of Hagia Sophia into a mosque to pander to the masses, he jostles with his far-right nationalists in inflammatory statements against Greece. He has thousands of dissidents in prisons, his rhetoric is brutal and primitive, obsessed with national victimization and historical revanchism, with a contempt for the West and its values.

This is Erdogan’s Turkey today. But this is the neighbor we are doomed to coexist with, and to do so we must resolve our differences. Unfortunately, the constant postponement, our “leave it for later” foreign policy dogma toward Turkey during most of the post-1974 era (the periods under the leadership of Constantine Karamanlis and Costas Simitis being bright exceptions) is not in Greece’s best interest. In 1974 Turkey had a population of 38 million, today it is 84 million, in 2030 it will be 90 million. It will be demographically younger than any Western European country.

Some say: But how can we talk to this neighbor? The answer is: Do you have any better idea? Diplomatic dialogue was not invented to have a good time with friends but to deal with opponents. It was also invented to avoid war. It is useful when your opponents have heavily invested in their military superiority. It has even greater value because Greece’s main weapon is not (only) its frigates and fighter jets, it is its alliances. The European Union is not an opportunistic, transactional partnership, it is a commitment of mutual political support. Imperfect but strong.

To be fair, Turkey does not carry some immutable essence of aggression and evil, as it is often portrayed by the Greek hardline press. For 17 years (from 1999 until 2016) we had very good neighborly relations with Erdogan. During the economic crisis he did not take advantage of Greece’s weakness to act aggressively. The 2016 attempted coup against him changed him a lot; the failure of the negotiations on the Cyprus issue, for which Turkey was not the main party to blame, did not help.

Some say, with contempt: The “Europeans” have economic interests in Turkey. But trade interdependence is a strong guarantee against Turkish aggression. Turkey would have a lot to lose. Greek islanders and those who live near the borders understand this logic much better than the warlords of television talk shows and the couch generals. Ask the people of Kastellorizo, Kos and Samos if they want conflict or peaceful relations with Turkey. The same goes for the coastal Turks. The small town of Kas has benefited greatly from the day-trippers who take the ferry across from Kastellorizo.

Rational interdependence increases the cost of war. Its power in capitalist and even minimally democratic middle-class societies overrules ideological fantasies. The recipe worked for postwar Europe, prevailing over atavistic nationalisms and ensuring 75 years of peace.

Fortunately for Greece, the European Union looks toward the future of its (mandatory) coexistence with Turkey. It seeks to involve Turkey in a web of interdependence, incentives and sanctions, which has always been the European recipe.

Berlin’s reluctance to follow Paris in the confrontation with Ankara did not satisfy the Greek national mood. However, it serves to keep the door open for dialogue. The French logic of containment together with the German logic of engagement is precisely the right European policy mix that promotes Greece’s interests. The first gives credibility to the threat of sanctions. The second provides a way out and a framework for dialogue.

What kind of framework? Conditions for a structured Euro-Turkish and Greek-Turkish dialogue, including an automatic mechanism if Turkey decides to deviate. The EU presence is beneficial because it strengthens Greece’s bargaining power, and it is necessary to ensure the credibility of the framework. But for this credibility to exist, the EU must remain acceptable to the Turkish side, and this is ensured by Germany’s mediating stance.

Sanctions are a weapon that remains useful as long as the credible threat of its use remains. If it ends up being used, then it has failed. Isn’t that also how military deterrence works?

George Pagoulatos is professor of European politics and economy at the Athens University of Economics and Business, visiting professor at the College of Europe and director general of the Hellenic Foundation for European and Foreign Policy (ELIAMEP).