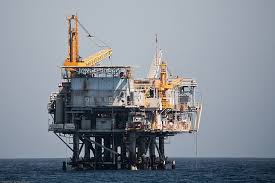 However, drilling activity is now expected to increase over the next few years as government and industry reacts to the recommendations in Sir Ian Wood’s report – the “Wood Review” – to maximise UK offshore oil & gas recovery. The most significant of these being the need for a new regulator to help industry to work collaboratively and furthermore, to implement various strategies to address problems with exploration drilling and improved oil recovery, amongst other issues. Also stemming from the Wood Review are proposals for a simplified fiscal regime to incentivise investment and drilling activity and ease the burden upon the new regulator.

So what does this mean for the future drilling market? To meet production forecasts, DW expects that total offshore wells drilled will need to grow from 164 last year to 241 in 2018. Whilst the majority of these would be in shallow water and drilled by jackups, deepwater developments in Northern North Sea and west of the Shetland Isles will provide opportunities for semi-submersible drilling rigs. However, in the longer-term drilling activity will again decline, unless the new regulator can effectively use its new powers to incentivise long-term investment from operators to drill more wells and fully exploit the remaining hydrocarbons offshore UK.

* Rachel Stonehouse works on a range of research and advisory projects, spanning the oil, gas and renewables sectors with a focus on the offshore and deepwater markets for Douglas Westwood in London. Sectors covered include: seismic vessels, offshore logistics, offshore process equipment, oilfield services and offshore drilling. Rachel was the assistant editor of the World Deepwater Forecast 2014-2018 and authored the report the previous year.