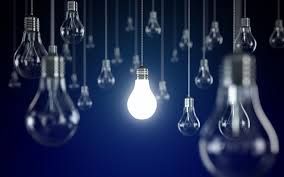 RAE, the Regulatory Authority for Energy, will hold an extraordinary meeting today to discuss Production Reconstruction, Environment and Energy Minister Panayiotis Lafazanis’s rejection of its plan to increase an Emission Reduction Tariff (ETMEAR) levied on electricity bills as part of the authority’s wider effort to wipe out the renewable energy source (RES) special account deficit.

The minister wants to avoid price hikes on power bills. His negative response to the proposed tariff hike, combined with an intention to limit RAE’s authority, has placed the two sides at odds.

RAE has requested all RES special account data from LAGIE, the Electricity Market Operator, which manages the account and payments to RES producers, in a bid to seek alternatives.

The account’s condition has deteriorated further since RAE’s decision to propose an ETMEAR increase. The authority reached this decision on December 30, prior to the January 25 snap elections, but it was officially announced just days ago.

According to energypress sources, the ministry has yet to offer any counterproposals that could cover the RES special account’s needed inflow if the ETMEAR hike is not implemented.

Even so, thoughts for alternative action are already beginning to emerge in the energy market. These include a holding fee for RES operating permits, as well as obligating PPC, the Public Power Corporation, to offset amounts received from the RES special account for roof-mounted photovoltaic facilities.

Discussion of any proposals will, of course, require a wider climate of understanding between RAE and the ministry, which, for the time being, appears unlikely.

As for the holding fee for RES operating permits, sector investors ordinarily face an approaching March 31 deadline, following a number of extensions, to pay for the right to maintain older operating licenses. However, legislation for this measure has been regarded as incomplete, which makes the regulation’s implementation unlikely for now. The holding fee was set at 1,000 euros, annually, per licensed MW. It is estimated the measure could raise about 15 million euros, which meets the amount that would be generated for the RES special account by an ETMEAR increase.

As for the second PPC-linked proposal, it could raise between 25 million and 30 million euros per year.