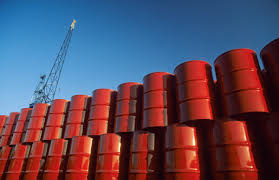 Considerably lower international oil price levels, combined with the euro’s declined value against the dollar, are benefiting the Greek economy in its course towards a rebound in 2014, while the conditions created by these shifts also promise to spur and establish economic growth in 2015, Alpha Bank noted in its weekly report.

Despite the large increase in negative inflation in October, due to lower oil prices, the recovering Greek economy is creating conditions for stronger consumer demand, while also weakening the prospects of sustained negative inflation, the report noted.

The consumer price index fell to -1.7 percent in October, from -0.8 percent in September.

Significantly lower prices for products in Greece have primary resulted from the decline in petrol prices and the sharp 27 percent reduction of the special consumption tax (EFK) imposed on fuel.

The price of heating fuel in October this year was 17.9 percent lower compared to the equivalent month last year, while the price drop for transportation fuel was 2.1 percent.

In dollar terms, petrol prices have dropped by 27 percent since June, 2014, while, if calculated in euro terms, the decline has amounted to 21 percent.

Countries dependent on oil imports, including Greece and fellow European states, have benefitted significantly from this shift. On the contrary, the lower international oil prices have had a negative impact on oil-exporting nations such as Venezuela, Kuwait, Iraq, and Nigeria.