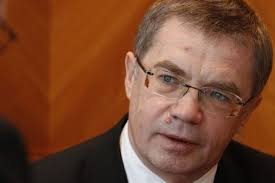 The replacement of Gazprom Export head Alexander Medvedev, who stood as one of the highest-ranking officials at the Russian natural gas giant, has stirred much discussion in the sector.

Medvedev, who, until recently, held the director-general post at Gazprom Export, a position entailing business dealings with the corporation’s international clientele, including DEPA, Greece’s public gas company, is considered as being the key figure behind tough seven-month negotiations between DEPA and Gazprom for a reduction of natural gas prices.

The ousted executive has been replaced by Elena Burmistrova, who assumes her new role having previously served as Medvedev’s assistant, specializing in the LNG market. Burmistrova has been given considerable credit as playing an instrumental role in a recent 400-million dollar deal struck by the Russian firm in China. This deal was regarded as a response by Russia to the pressure being applied by the west over the ongoing Ukraine conflict.

Medvedev, who headed Gazprom Export for 12 years, has remained at the firm with a managerial committee position.

Commenting on the development, Gazprom CEO Alexei Miller described it as being part of “ambitious company plans for the international markets that require new structural and functional decisions.”

The change of leadership at Gazprom Export carries Greek implications as Medvedev is president at Greek-Russian firm Prometheus Gas, a 50-50 venture operated by the Copelouzos Group and Gazprom Export.

Pundits believe Medvedev’s replacement is not connected to recent comments made in Athens by the director-general of Russia’s National Energy Security Fund, Konstantin Simonov, who admitted that a price-related issue did exist in Greece and that Russia could be more flexible and offer greater discounts. In his remarks, the high-ranked official also said that natural gas price levels in Greece were being inflated by taxes as well as commission earnings of middlemen.