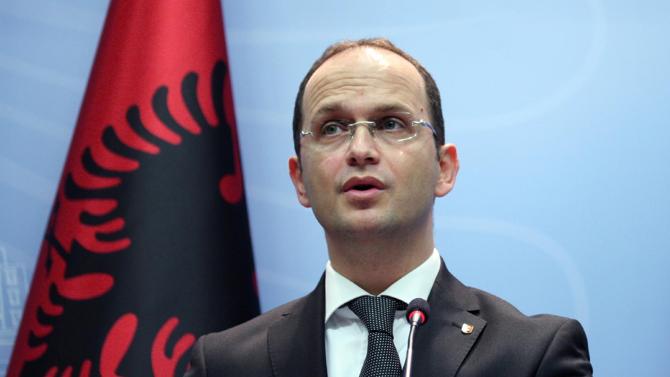 “The relations with Greece are strategic relations with great potential which we must exploit it in the best possible way,” Albanian Foreign Minister Ditmir Bushati said in joint statements with his Greek counterpart Nikos Kotzias at Tirana.

Asked on the Greek minority, Bushati said “it is a minority much respected in Albania which also constitutes a bridge of cooperation between Albania and Greece as well as a major contribution to democratic institutions and developments in the country,” adding that the Albanian side is “open to take further measures as regards the respect to minorities.”

On the Exclusive Economic Zone (EEZ), he said that “the territorial integrity of Albania has been affected,” stressing that the Albanian government “is determined to move ahead with the Greek side for a solution based on the European spirit and the international law.”