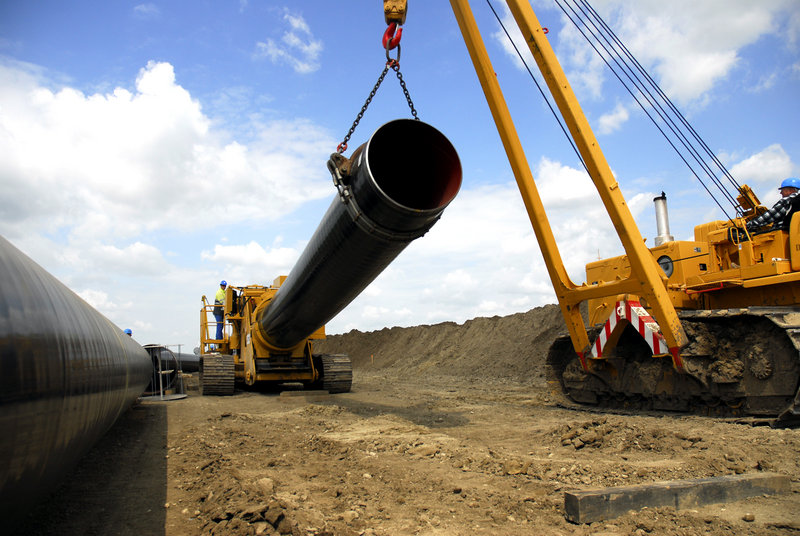 Two of three construction contracts to be offered for the local segment of the TAP (Trans Adriatic Pipeline) project – to cross through northern Greece, Albania, and through the Adriatic Sea to Italy – are expected to be awarded to a consortium comprised of Ellaktor and French company Spiecapag, while the third contract seems headed for a consortium involving J&P Avax and Italian contractor Bonatti, according to sources.

The same sources noted that Hellenic Pipeworks, a member of the Viohalko metallurgical group, is close to securing a supply deal for all three sections of the TAP pipeline’s Greek segment. German company Mannesmann had secured a preceding supply deal.

Sector officials noted the Ellaktor-Spiecapag consortium is also vying for a section of the project within Albania, while GEK Terna is negotiating to secure a contract for the project’s compressor stations.

Each contract of the project’s three local sections is worth about 230 million euros. Besides the aforementioned consortiums, the international tender for construction of the TAP project’s Greek segment, amounting to 550 kilometers of pipeline infrastructure, also drew offers from a consortium made up of GEK Terna, Germany’s Max Streicher GmbH and Belgium’s Denys, as well as a consortium made up of Metka, a member of the Mytilineos corporate group, and two Italian companies, Nuoava Ghizzoni SpA and Sicilsaldo SpA. These consortiums, with certain slight line-up changes, are also vying for parts of TAP’s Albanian segment.

As has been announced by TAP officials, construction work in Albania has already begun on roads and bridges to offer access for the pipeline’s construction.

The pipeline’s construction is scheduled to begin in 2016. It will stretch about 765 kilometers. The Albanian segment will measure 211 kilomteres and the Italian part 8 kilometers.

The project’s manager estimates that 15 construction teams will work concurrently on the pipeline’s development, each employing between 150 and 200 persons.