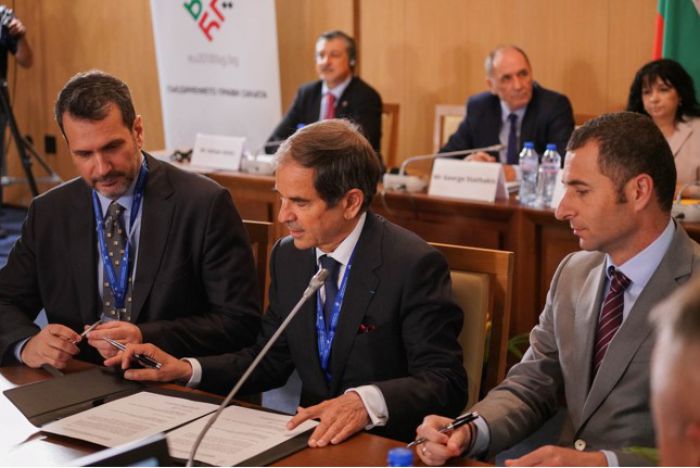 Bulgarian Energy Holding (BEH) and the European Investment Bank (EIB) have signed a Memorandum of Cooperation for the financing of the Bulgarian side of the Greek-Bulgarian gas grid interconnector (IGB), while, in a concurrent development, the IGB consortium and the TAP consortium, constructing the gas pipeline to carry Azeri natural gas through northern Greece, Albania and across the Adriatic Sea to Italy, have also signed an interconnection agreement to link the two pipelines.

Both agreements were signed at a meeting held by CESEC, the Central and South-Eastern European Gas Connectivity initiative. Greek energy minister Giorgos Stathakis, his Bulgarian counterpart, Temenuzhka Petkova, as well as other highly ranked EU officials attended the CESEC session.

The Greek energy ministry released an announcement underlining the significance of these two projects for Greece and the wider Balkan region. The IGB promises to carry gas transmitted through the TAP pipeline to the Bulgarian network as well as those of other EU member states, the energy ministry statement stressed.

The preliminary financing agreement between BEH and the EIB concerns a 110 million-euro loan with favorable terms to be guaranteed by the Bulgarian state.

The Greek and Bulgarian sides agreed to commence work on the IGB by the end of 2018 for an operational launch within 2020.