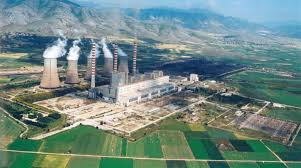 Main power utility PPC’s ongoing cash flow problem amid the recession has been further affected in the period following the referendum’s announcement. PPC’s cash inflow from payment of electricity bills has dropped dramatically to near-zero levels, depriving the power utility of an estimated 20 million euros per day.

PPC’s cash flow situation is believed to be worsening by the day, forcing the utility to dig into its fund to meet daily operational costs. According to sources, company officials, under the current dire circumstances, are troubled as to whether the utility should provide a 200 million-euro deposit to contractors for the construction of a new power station, Ptolemaida 5, in Ptolemaida, northern Greece, or, instead, hold on to the amount amid these precarious times. At this stage the power utility appears more likely to hold on to its sum.

The consortium awarded the project also has operating problems of its own at present amid the confines of capital controls.

The further deterioration of PPC’s cash flow problem is scheduled to be discussed at a board meeting today. It is one of many issues faced by the utility at present. PPC’s activity at its lignite mines is also being affected. Sub-contractors responsible for transferring lignite deposits extracted at mines to power stations have stopped operating as they are unable to cover fuel costs needed to mobilize their trucks and bulldozers.

Lignite-fired power stations are currently stocked up with lignite for over a month, sources informed.

Grave concerns have also been expressed about PPC’s ability to fully meet electricity needs on the islands should the country’s banks remain closed for a period of more than a month. PPC has already pre-paid a month’s worth of petrol for fuel-powered electricity stations on non-interconnected islands.

Meanwhile, households and small businesses appear to have cut back on their electricity consumption levels, as suggested by the low overall demand of about 6,300 MW registered in recent days. Yesterday, demand was below 5,500 MW throughout the day and rose to 6,000 MW after 8pm.

Auto fuel demand is also low. Many drivers have presumably filled their tanks and are limiting their mileage.