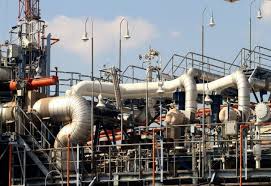 Though gas company DEPA Commercial was vindicated in an Athens Court of Appeal verdict over an overpricing case filed by fertilizer industry ELFE for gas consumption between 2010 and 2015, the gas company’ privatization remains trapped as ELFE has responded by announcing it will take the legal battle all the way to the Supreme Court.

ELFE is seeking a compensation amount of 302 million euros. An initial court decision delivered in 2019 had awarded the fertilizer producer a 91 million-euro amount, which, however, was cancelled out by the latest court ruling, issued yesterday.

The ongoing legal dispute, which, in the end, could vindicate ELFE, is a concern for DEPA Commercial, as a legal defeat would prompt other industrial customers to take overcharging legal action against the gas company.